FrontStreet has enjoyed strong success in acquiring, developing and marketing  properties in Canada, Central America and the United States. When it comes to real estate the key element is choosing the right property and targeting the right buyers.

Ski Bowl Village is the single most ambitious project ever attempted in New York's Adirondack Park.

Ski Bowl Village at Gore Mountain is the major focus of FrontStreet's current real estate development activities. Without question, it is the single most ambitious project ever attempted in New York's Adirondack Park. At full build-out it will include major hotels, condominiums, 136 townhouse units, single family homes and amenities. It is the only ski on / ski off location available at Gore Mountain.  Gore boasts some of the longest and most beautiful downhill ski runs on the East coast.  Ski Bowl Village's 351 acres of land (outlined in red) are interwoven by Gore's system of ski trails (shown in white) and more trails are being added every year.  For a full sized version of the satellite imagery view of the site click here.

FrontStreet is proud to have facilitated and actively supported the Town of Johnsburg, New York and Village of North Creek in their decades long effort to create an "interconnect" between Gore Mountain's main skiing area and the historic North Creek Ski Bowl. It donated the land on which the interconnecting ski lift was built and over 88 acres acres of terrain.  With this land Gore created many new ski runs and glades.  As a result, the "interconnect" finally became a reality in 2011.

To view the full project map as approved by the Adirondack Park Agency, click here. 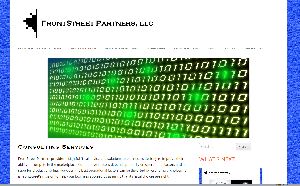